Executive Management and Board of Directors 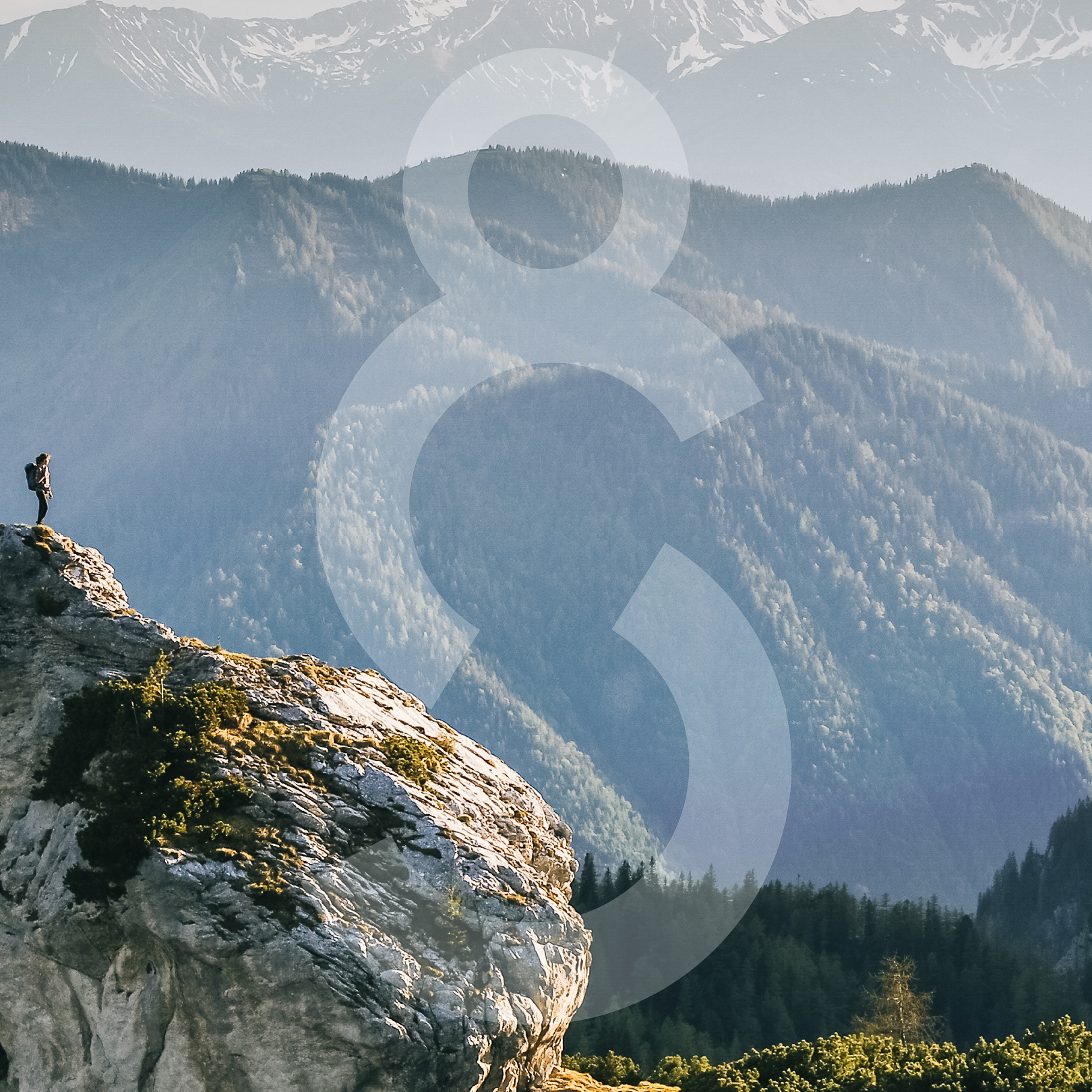 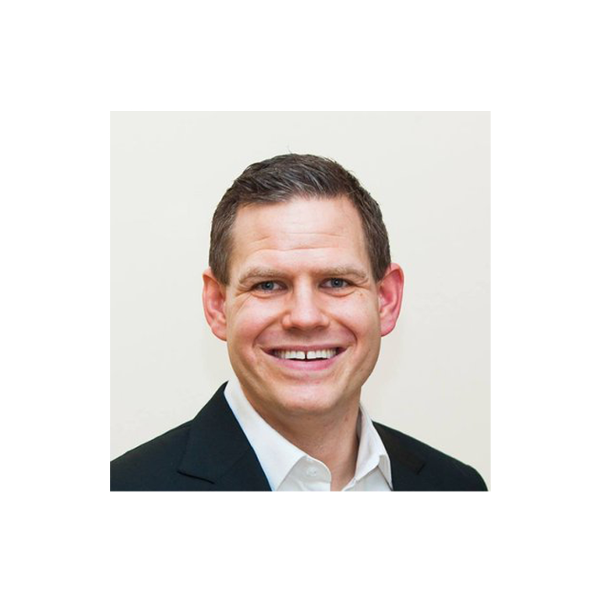 Børge Astrup is a business leader committed to creating a winning working environment, and a culture that delivers by engaging and embracing diversity. Børge uses goal-oriented methodologies, technology and commercial models, to drive fast, focused, and uncomplicated market delivery.

Prior to the demerger, Børge was the managing director of Intelecom Group. He has also held various management positions at Visma, the leading European provider of core business software.
Børge Astrups holds a bachelor’s in marketing with specialization in Management from BI Norwegian Business School. 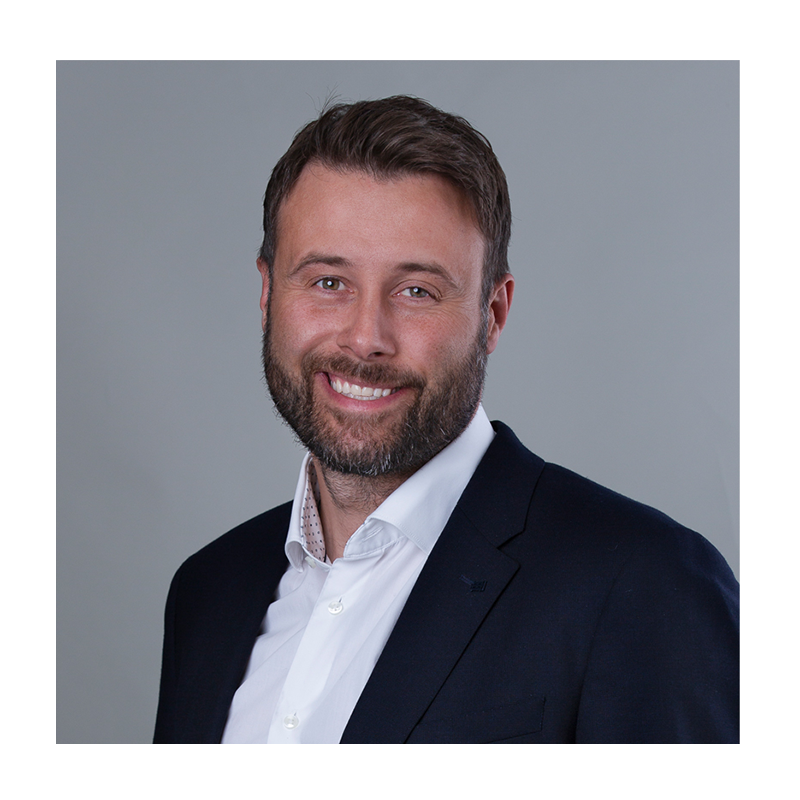 Mr Vårdal is an experienced business developer and executive with a proven track record from previous positions at Nordialog, Smartworks and Teki Solutions. 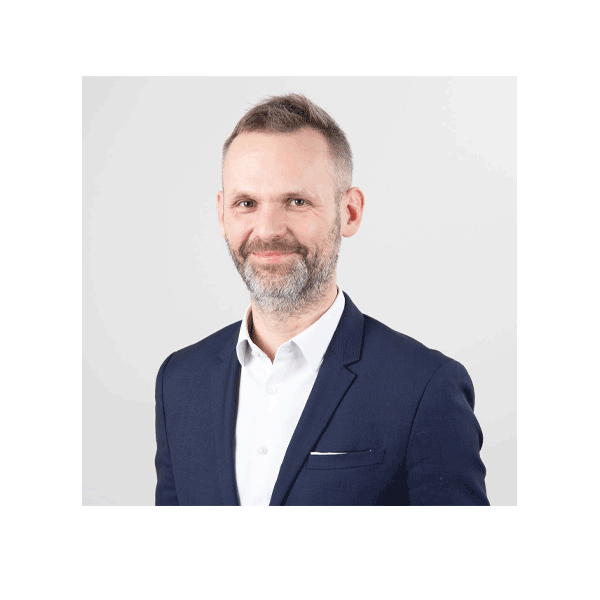 Mr Leoszewski is an experienced IT and software leader and entrepreneur. He is experienced in building software products and their strategy, setting a long-term technology direction with cybersecurity always at the forefront.

As a software engineer in 2006 Mr. Leoszewski co-founded Famoc, where he was first responsible for product development and engineering as Chief Technology Officer, and in 2012 transitioned to a CEO role - growing the company from just an idea into a recognized player in the enterprise mobility market. Famoc was acquired by Techstep in 2021.

Mr Leoszewski holds an M. Sc. in Computer Science from the Technical University of Gdansk and an Executive MBA from Rotterdam School of Management. He is also a member of the Polish chapter of the Entrepreneurs' Organization. 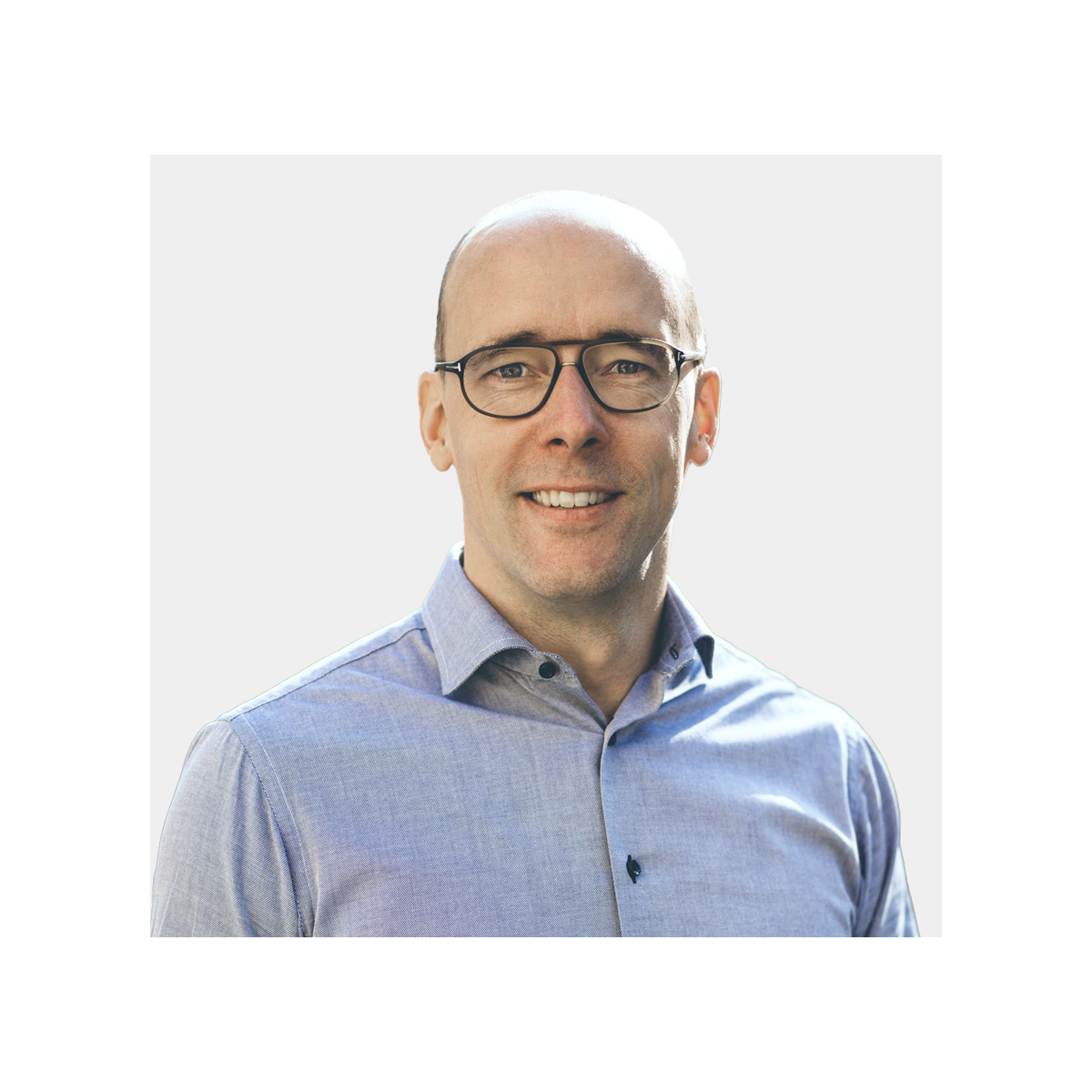 Mr. Landerborn is an experienced executive within the information technology area. He has wide experience from several leading roles, but his depth is in the operational part including strategy, agile methodologies, software development and mobile solutions.
Mr. Landerborn was the Deputy Managing Director and Chief Operating Officer of Optidev AB, which Techstep ASA acquired in 2020, since 2016.
He is deeply involved in local tech initiatives in Borås to make sure the raising stars in Tech choose Techstep as their employer. Current engagements include President of the IT program at Yrkeshögskolan in Borås, member of the competence board at the University of Borås and he is also leading a local tech networking group that includes many of the leading tech companies in the region.
Mr. Landerborn holds a bachelor’s in computer science from the University of Borås. 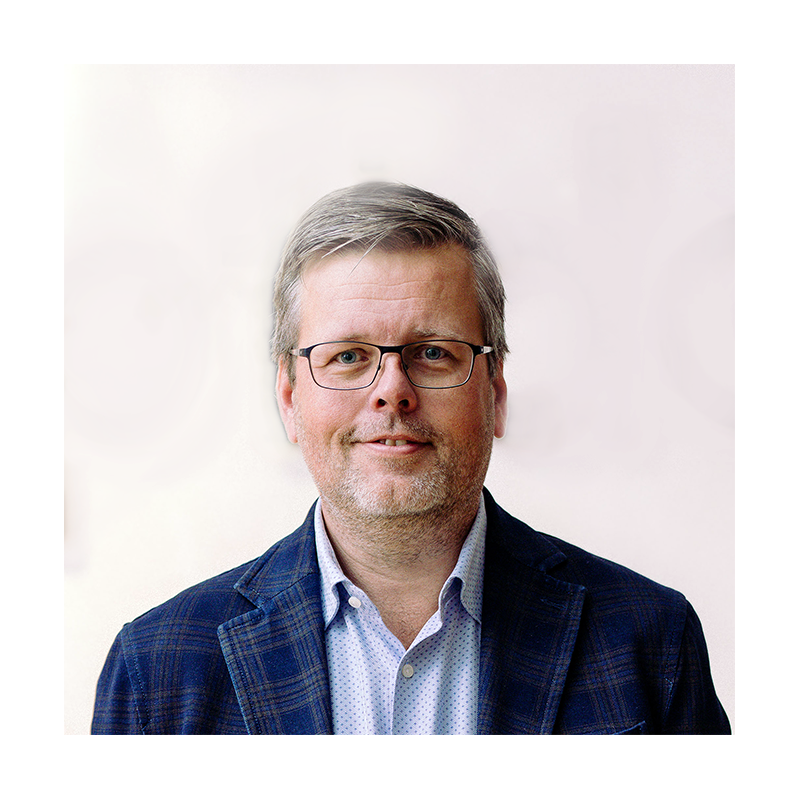 Mr Logenius is a first-mover, entrepreneur and an experienced executive within the information technology and services industry. His skill set is broad and based on entrepreneurship and strategy, agile methodologies, software development and mobile solutions.

Mr Logenius has been Managing Director of the Swedish company Optidev AB, which Techstep ASA acquired in 2020, since 2015. 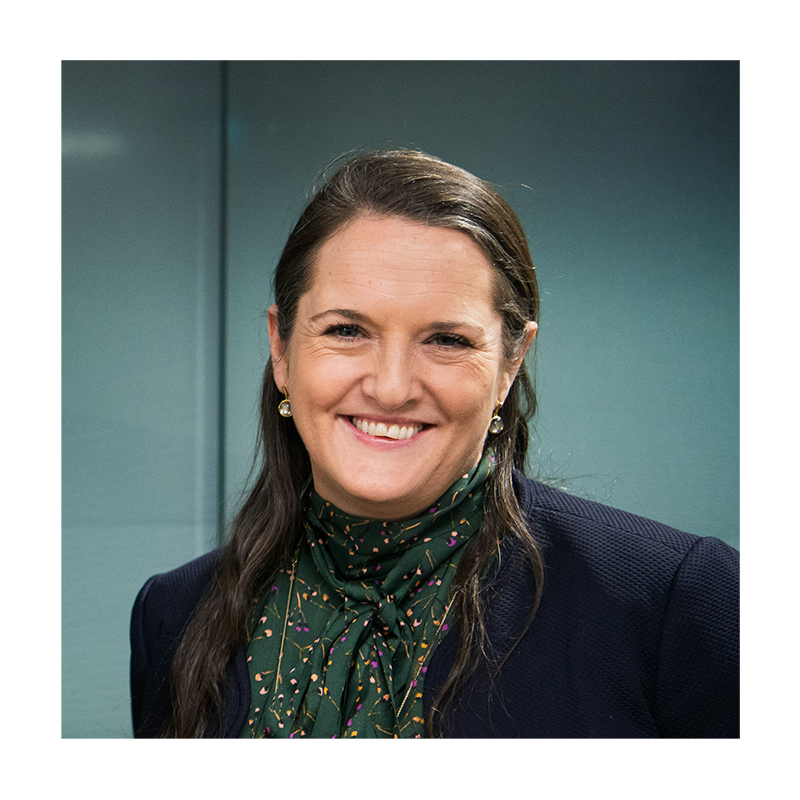 Anita Huun is an experienced CFO, with a broad background from the IT industry and Capital markets in Norway, but also most recently from the Norwegian publishing industry.

Mrs Huun came from the position as CFO at Cappelen Damm, Norway’s largest publishing house. Cappelen Damm has an annual revenue of 1.2bn NOK and employees approximately 500 people. Prior to this she held the CFO position at Microsoft Norway. Anita has also been a sell side equity analyst for Handelsbanken Capital Markets covering the Norwegian IT sector, so she has a track record with the Norwegian financial markets and investor community. She has held different board positions in the Norwegian market, and is currently on the board of Nordic Semiconductor.

Ms Huun has a MSc from the Norwegian School of Economics (NHH), with specialization in Finance. 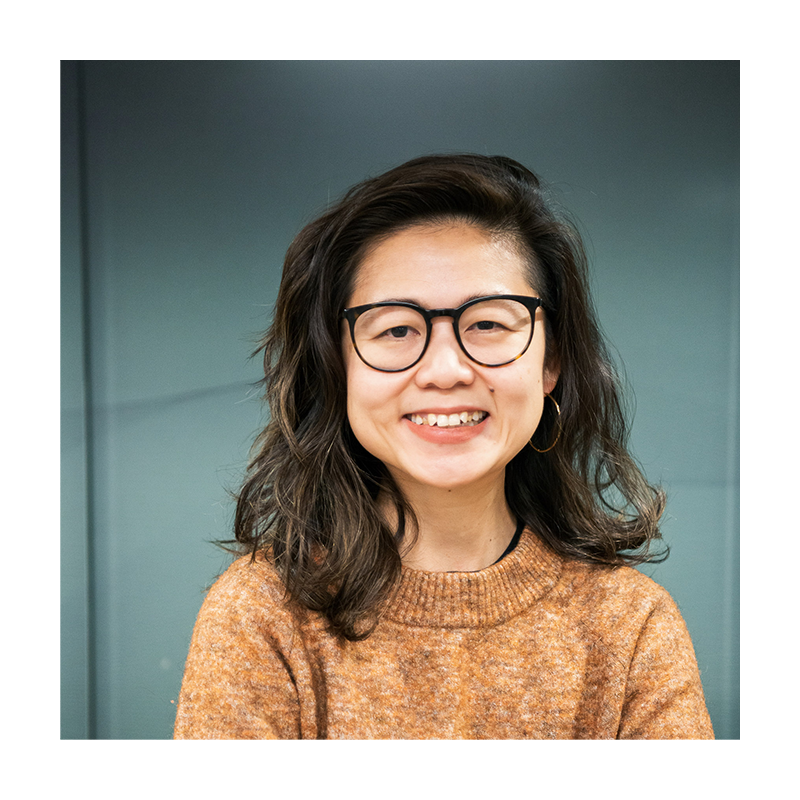 Sheena Lim has over 22 years of international brand, marketing and communication experience in telecom, food & beverage, media and pharmaceutical and HR tech. She has an MBA from BI Norwegian Business School and also a Bachelor of Business in Marketing with Monash University, Australia.

She grew up in Malaysia and Singapore, where she started her career with assignments for large, global brands such as IKEA, Carlsberg and Unilever. She then worked for 12 years in Telenor's international operations, where she worked through change and improvement projects across all 12 markets in which Telenor was involved. For the past two years, she has been the Marketing and Communications Director at Zalaris, where she has rebranded the company and contributed significantly to the company's sales.

As Chief People Officer, her key focus is to ensure that Techstep is an attractive workplace with a culture and people focus our people and great talents want to be part of.

Ellen is an experienced, strategic and business-oriented HR leader with a keen focus on delivering results and adding value to the business.

She has a broad background from international organizations at both strategic and operational level.
With her 13 years in Shell holding various positions at all levels (from HR advisor to Managing Director) and 5 years at Coca-Cola Enterprises as Ass. Director, HR Business Partner, she brings an extensive experience from Performance- and Talent management and Change management in addition to solid leadership and coaching experience.

Jens Rugseth – Chairman of the board

Jens Rugseth is a co-founder and Chairman of the Board of Crayon Group ASA and Link Mobility Group ASA. He has been a serial founder of a number of companies within the IT-sector over the past 30 years. Mr. Rugseth has also held the position a chief executive officer in some of the largest IT-companies in Norway, including ARK ASA, Cinet AS and Skrivervik Data AS. Mr. Rugseth studied business economics at the Norwegian School of Management. Jens Rugseth is a Norwegian citizen, currently residing in Oslo, Norway.

Ms. Leisner has served on the Board in Techstep since January 2016. Ms. Leisner’s directorships over the last five years include current board positions in Storage Group ASA, Norwegian Air Shuttle ASA, Maritime and Merchant ASA. Mrs Leisner has a background as a trader of different oil and gas products in her 15 years in Statoil ASA. Her years of experience and skills within business strategy, M&A, management consulting and change management has been very valuable when serving on the board of several companies listed on Oslo Børs. She holds a Bachelor of Business degree with honors from the University of Texas in Austin. Ms. Leisner is a Norwegian citizen, living in Oslo, Norway.

Michael Jacobs is the Executive Vice President of the Nordics at Crayon ASA, a customer-centric innovation and IT services company. He has more than 30 years’ experience from extensive management positions from several international technology companies. He previously was the CEO of Fell Tech and before that he was the CEO of Atea Norway, where he improved its business performance and lead the transformation to more value-added services. He also served as the Managing Director of Microsoft Norway and the Managing Director for the Nordics at Dell. Michael also has experience from Oracle and Telenor, both in Norway and internationally. He has a degree from California Lutheran University and continuing education from, among others, Harvard University. Customer focused, technology innovation and building strong diverse teams are areas which Michael is passionate about. He is a Norwegian citizen, living in Oslo, Norway.

Ms. Mulholland has served on the Board in Techstep since April 2021. Ms. Mulholland is Chief Executive Officer of Crayon, a digital transformation expert that through innovation and services helps companies worldwide leverage the power of technology to drive the greater good. Prior to Crayon, Melissa spent 12 years at Microsoft, leading strategy and business development worldwide to help businesses be profitable through cloud transformation. Prior to Microsoft, she spent two years at Intel Corporation, driving a cross-company analysis into the effectiveness of using recycled chips for solar technology, to reduce fixed costs. This work contributed to Intel’s success in ranking as one of the top 10 “Greenest” U.S. companies. Melissa is an entrepreneurial technologist, focused on applying technology to improve the quality of life for all. She has authored 12 books focused on how to build a business in the Cloud and is a board advisor for SHE, Europe’s largest gender equality conference. Ms. Mulholland holds an MA in Business Administration and Strategic Management from Regis University in Colorado. A US national, she lives in Oslo, Norway.

Mr. Arnet has served on the Board in Techstep since September 2021. Mr. Arnet has more than 30 years of experience in national and international finance, industrial and financial investments. He is the CEO of Datum AS, one of the Company’s larger shareholders, and has held several board positions in listed and non-listed companies, including Kahoot! AS, NRC Group ASA and several companies within the Datum group. He holds a master's degree from University of Denver and London Business School.

Get email alerts from Techstep

If you wish to receive notifications via email, fill out the form. After submitting your information, you will receive an email. You must click the link in the email to activate your subscription. You can sign up for additional subscriptions at any time.