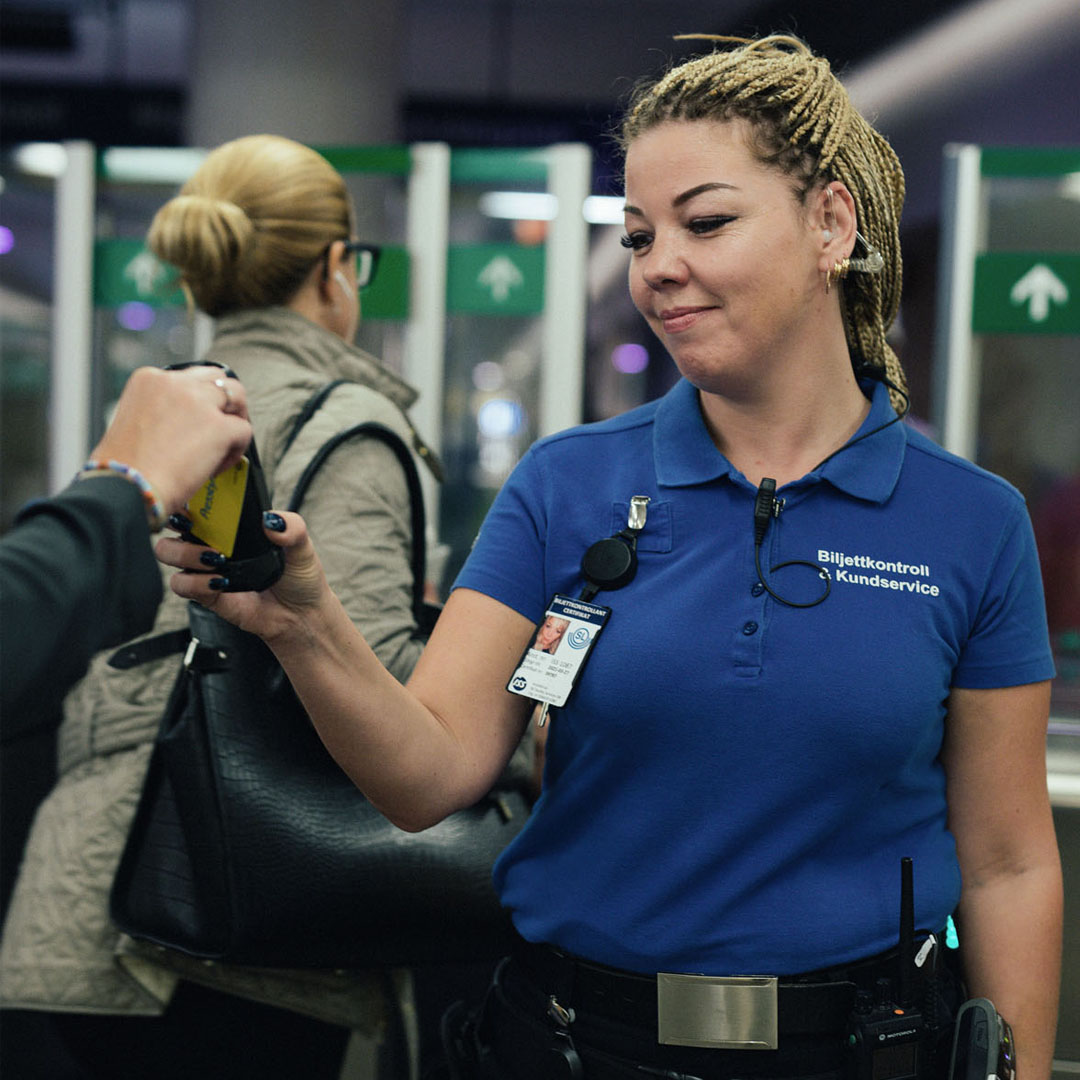 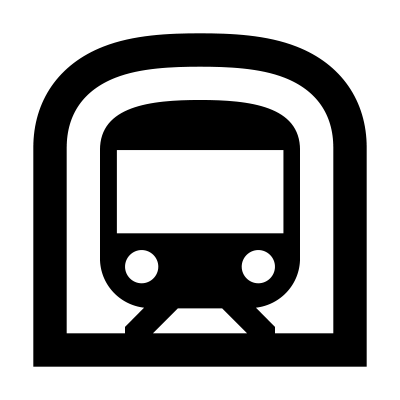 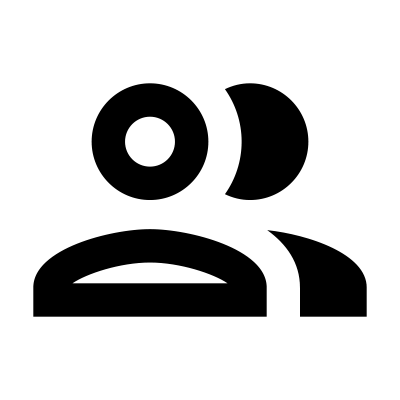 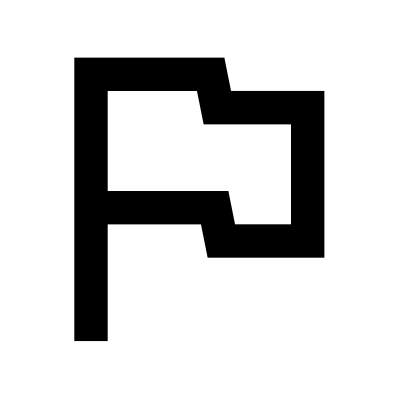 ISS was receiving increased demands to update and strengthen the solution used by SL for ticket inspection. We were contracted and developed a complete solution with an intuitive user interface and powerful back office functionality, built on a scalable and future-proof platform.

The service provider ISS manages all ticket controls in Stockholm’s public transportation system. ISS was awarded the contract from SL in 2013 and hired us to digitalize the systems used for ticket validation and penalty fees. Since then, the number of travelers has increased, the technology has advanced, and SL was demanding more ticket inspections per year. By the end of 2017, we were awarded the contract to update the ticketing solution. Faster ticket controls, more efficient handling of penalty fees and additional functionality were some of the new requirements from ISS. In addition, SL was requesting improved support for planning and accounting. 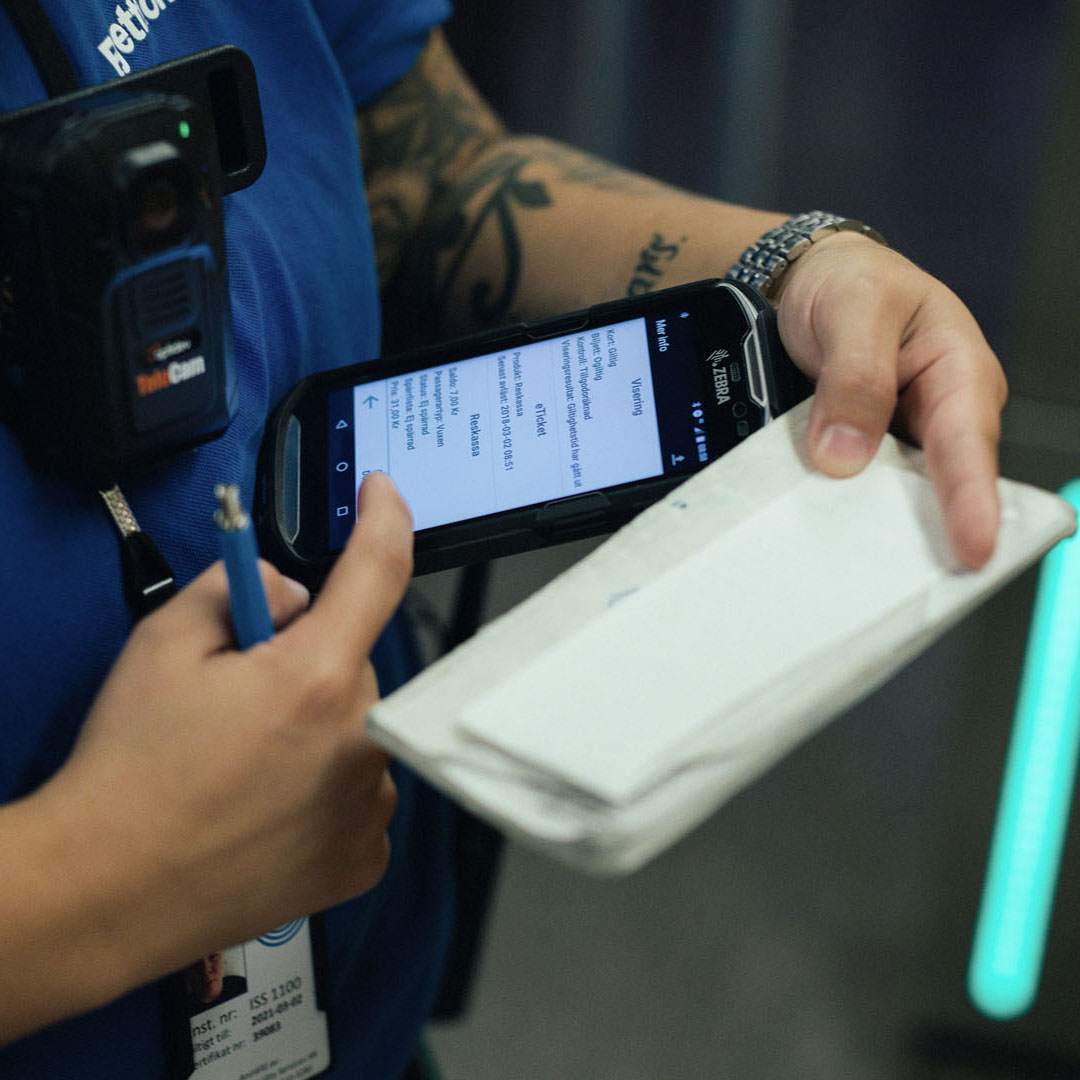 To meet the new requirements, the solution had to be rebuilt from the ground up. At the same time, it was important to minimize disruptions and to not create obstacles for the ticket inspectors. Accordingly, it was of outmost importance to build a solution that was intuitive and simple to use.

Another challenge was to find a better solution than ISS current plan to have two separate handheld devices, including one device for our ticketing solution and a second device for validating tickets in SL’s mobile app that had been developed by a third party. Tickets generated by the third party app had to be scanned with a separate device provided by that app developer.

In addition, we had to deliver the solution in a very short time period. The assignment was received in November with the expectation to deliver a solution by mid-December and with the rollout planned in the beginning of 2018.

High-Performing and Easy to Use

Instead of updating the old system, the system was replaced with a new Android solution, based on our platform. The new app and back office module had all the new requested features, but in order to make the transition as smooth as possible, the user interface was designed to look like the old environment as much as possible. The third party system for scanning tickets generated by the app was also integrated and now all ticket types can be scanned with the same handheld device. The integration of the systems is completely automatic and seamless to the users.
Learn more about SmartControl 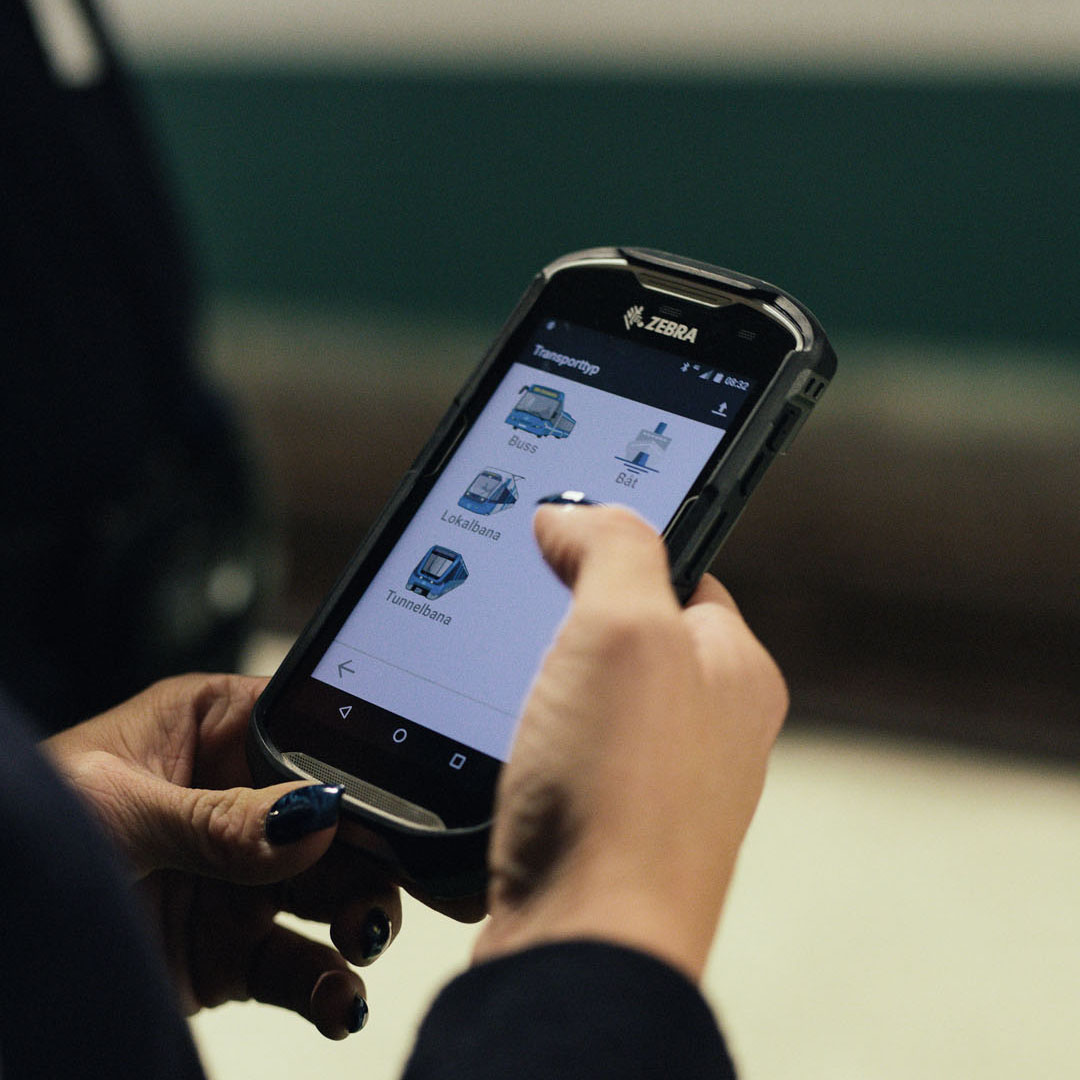 After evaluating the user requirements, the Zebra TC56 mobile computer was selected based on its speed, durability, and good battery life.

The mobile computer runs in kiosk mode, giving ISS the ability to control how the devices can be used. SOTI MobiControl enables all mobile devices to be remotely managed and updated. A network operator that delivers secure and reliable connection even under ground in the subway system provides the data traffic. As requested, we presented the new solution in mid-December and the system was rolled out in 2018.

In addition to delivering the hardware and software, we also provide support and 24-hours exchange service, thus assuming the total responsibility for the solution. This means that ISS has one single point of contact for all mobile ticketing inquiries, problems, or requests.

By selecting an Android-based system, ISS can be sure to have the flexibility to continue to develop the solution and add more functions in the future
Learn more about SmartWorks

We’re on a mission to change the workplace forever, and determined to overcome traditional technical and physical barriers. Let’s find solutions together! 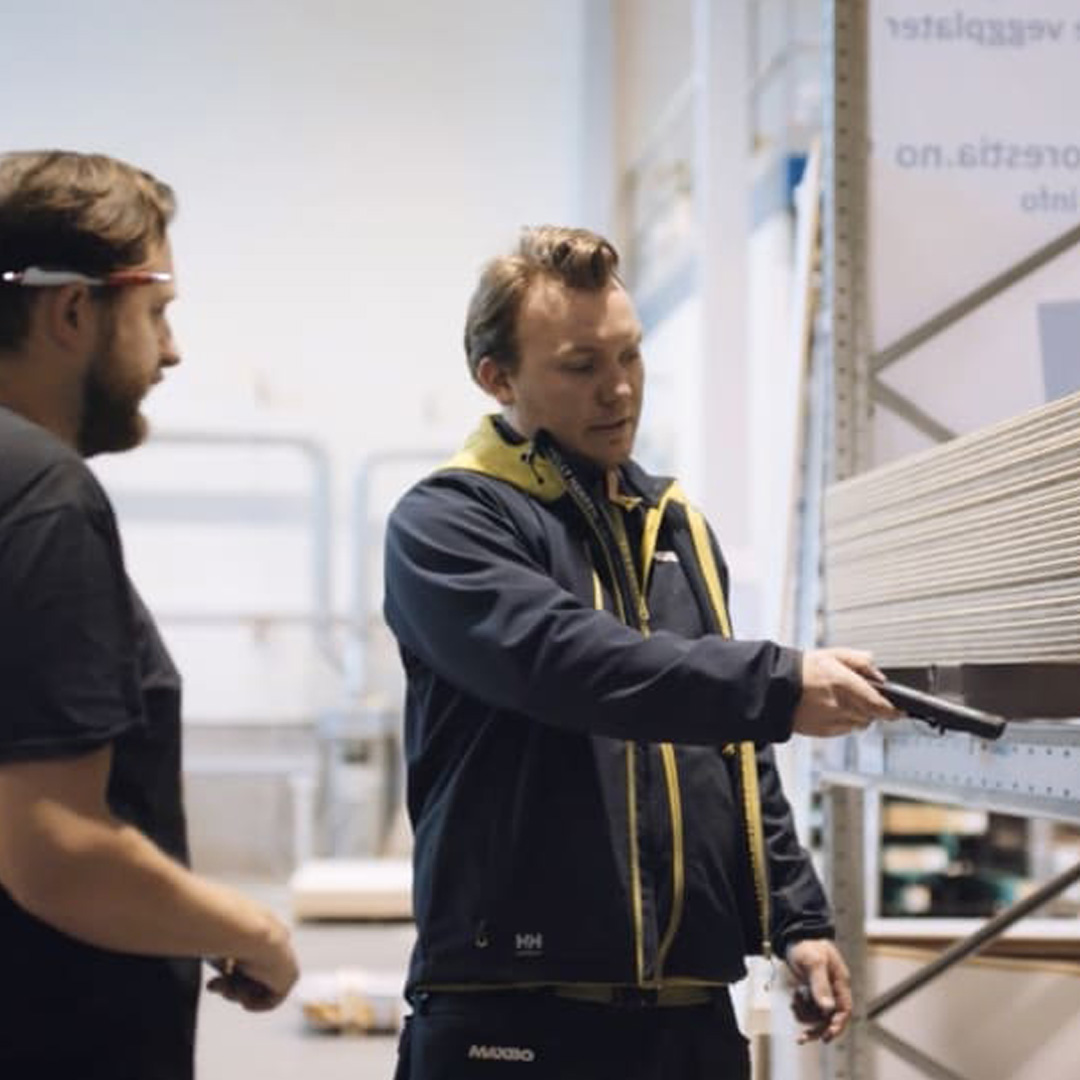 Maxbo had been using mobile computers for several years, but a few problems had made the employees resistant to use them. 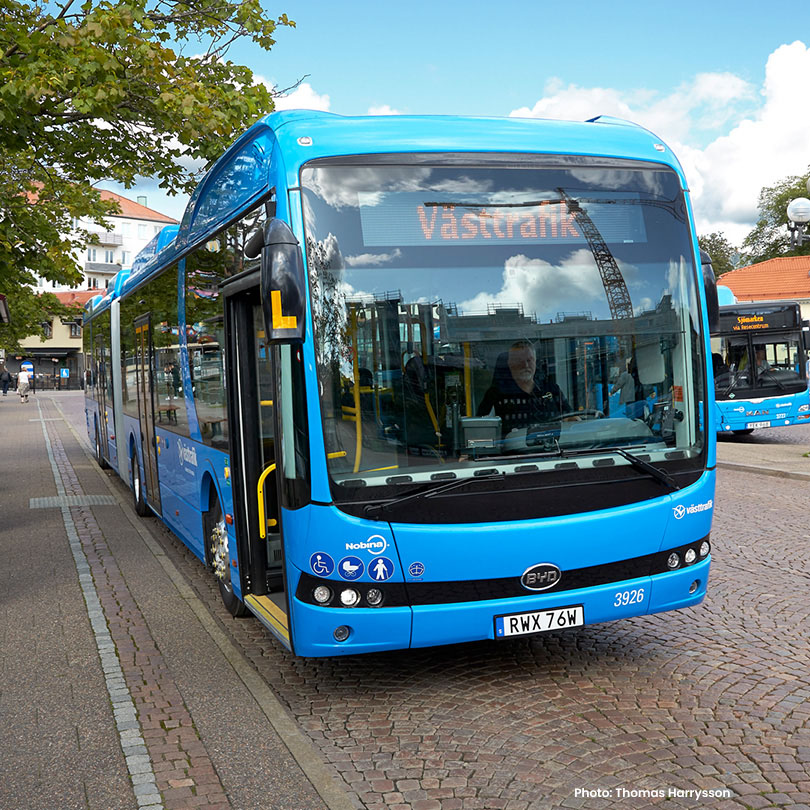 Västtrafik assist 444,000 riders daily with the support of mobile ticketing system from Techstep